The discrepancies in wealth and homeownership between white and African-American families loom large in discussions about racial equity. Homeownership is one of the main ways to accrue and pass on generational wealth and build strong communities. Historically, white families have been able to take advantage of government-sponsored programs to make homeownership a possibility. In contrast, many African-Americans have been directly and indirectly excluded from such incentives.

Now-illegal practices such as redlining and housing segregation have had lasting repercussions, including the fact African-Americans have had fewer chances to purchase their own homes and fully participate in the housing market. The Mortgage Bankers Association (MBA) notes that in 2019, the median net worth for white households was $188,200. On the other hand, the same study notes that African-Americans had a median net worth of $24,100. Certainly, homeownership is not the only factor in determining wealth, but it does play a significant role in helping families develop and maintain economic stability. The National Community Reinvestment Coalition (NCRC) reports that the national African-American homeownership rate is 42%, which is as low as it was in 1970. But as of 2019, white homeownership has increased to 73%. Racial inequality in housing has had serious consequences on African-Americans and other consumers from historically marginalized communities.

The National Community Reinvestment Coalition (NCRC) reports that the national African-American homeownership rate is 42%, which is as low as it was in 1970.

In recent months, leaders in the housing industry have revealed plans to address and remedy inequity. MBA, for instance, initiated its Building Generational Wealth Through Homeownership policy, which focuses on advocacy, partnerships, and legislation aimed at increasing homeownership opportunities for African-American and Hispanic borrowers. MBA intends to push for more access to affordable finance options, support the lowering or removal of down payment barriers for minorities, and increase educational resources for borrowers to improve financial literacy, among other initiatives.

The Federal Housing Finance Agency (FHFA) will also hold the GSEs accountable for reducing harm as a result of discriminatory housing practices. FHFA is requiring Freddie Mac and Fannie Mae to submit annual plans that outline methods to reduce the racial homeownership gap and reduce underinvestment in communities that were previously redlined. Importantly, both the plans and the subsequent progress reports will be made available to the public. FHFA has more specifically directed the GSEs to increase their loan purchases in minority and low-income Census tracts in the hopes that minority borrowers will have greater access to credit.

FHFA has also approved Fannie Mae to take on-time rental payments into consideration in underwriting, meaning that borrowers with an inadequate credit history can potentially bolster it. Almost 30% of African-American consumers note that an insufficient credit score is the greatest challenge when applying for a mortgage. In cities where rent is already as high as many mortgages, proof of rental payments could help make purchasing a home a reality, particularly for minorities who do not have access to generational wealth.

And while these directives certainly have the potential to increase minority homeownership and build wealth across historically disenfranchised communities, some politicians have recently introduced additional legislation to advance racial equity in housing. The Low-income First Time Homebuyer (LIFT) Act would create a program through the Department of Housing and Urban Development (HUD) that would sponsor low fixed-rate 20-year mortgages. This program would be directed specifically toward first-time, first-generation homebuyers, which means this could be an important tool for African-American buyers, who historically have been locked out of homeownership.

Almost 30% of African-American consumers note that an insufficient credit score is the greatest challenge when applying for a mortgage.

Tech innovations can also play an important role in making housing and mortgages more accessible and easy to understand. With mobile apps that allow consumers to shop for homes, apply for mortgages, submit necessary disclosures, and even complete closings, potential homebuyers can worry less about taking time off of work, relying on transportation, and meeting directly with real estate agents and lenders in person. Having digital access to the mortgage process can help low-income, first-generation, or borrowers who are otherwise unfamiliar with the system navigate these large financial decisions.

These important strides arise in the midst of Freddie Mac’s recent research examining the impacts of low appraisals in Black and Latino neighborhoods, as well as the Uniform Law Commission’s legislative push to ban racially restrictive covenants in real estate titles. Clearly, the housing industry continues to contend with racial discrimination in and its aftermath. The homeownership journey should be available to everyone, plain and simple.

Founded in 2011, SimpleNexus is an award-winning developer of mobile-first technology for the modern mortgage lender. Lenders depend on our namesake homeownership platform to unite the people, systems, and stages of the mortgage process into a seamless, end-to-end solution that spans engagement, origination, closing, and business intelligence. By helping lenders manage their teams and stay connected with borrowers and real estate partners, we deliver a measurable return on investment in the form of reduced turn times, increased loan application submissions, and more referral business. A four-time Inc. 5000 company, SimpleNexus has been recognized as one of the world’s Best Workplaces for Innovators. For more information, visit https://www.simplenexus.com or follow @SimpleNexus.

Lauren Jones has years of experience writing and editing content in both professional and academic environments. As a Marketing Communications Specialist at SimpleNexus, she works to create and edit blog posts, social media, and internal and external communications for sales and marketing divisions. She is responsible for researching and writing about trends, innovations, and news at the intersection of finance and mortgage technology. 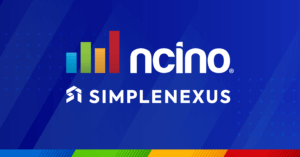 Learn more about your place in the future of mortgages.